“I just want to sit on my own couch,” Tom said, wondering why it was so hard to get to that place.

He is tired. When Tom was younger than his 50+ years he thought it was cool to have adventures, to travel the country. His favorite place had been Idaho where he worked on a potato farm and nearby restaurants. He would work so much that he would receive a paycheck before he had even had a chance to cash the previous one.

Nearly his whole family had passed away and one might wonder if that was the reason for his travels, his immersion in work, and eventually his drug use. The drug use landed him in jail, where he began to make changes.

With that chapter of his life closing, Tom headed to Fayetteville, where his last living relative resided. He was able to visit his brother, but he passed away shortly after Tom arrived. Tom needed to find a city with more opportunity and so he headed to Charlotte. That was over five years ago. Since then, Tom has struggled to find housing that matches his spotty income. He’s lived on Charlotte’s streets, stayed in its motels and lived in boarding houses.

New Year’s Eve was his turning point. He made a promise to himself—he was going to find help for his job searches and submit two applications a day until he secured stable employment. “When it comes to computers I was illiterate. When it comes to some big words as far as reading and writing, they were a struggle to me.” When these obstacles become overwhelming Tom described, “I would get frustrated with it and I’d push it to the side and run. That was my thing.” 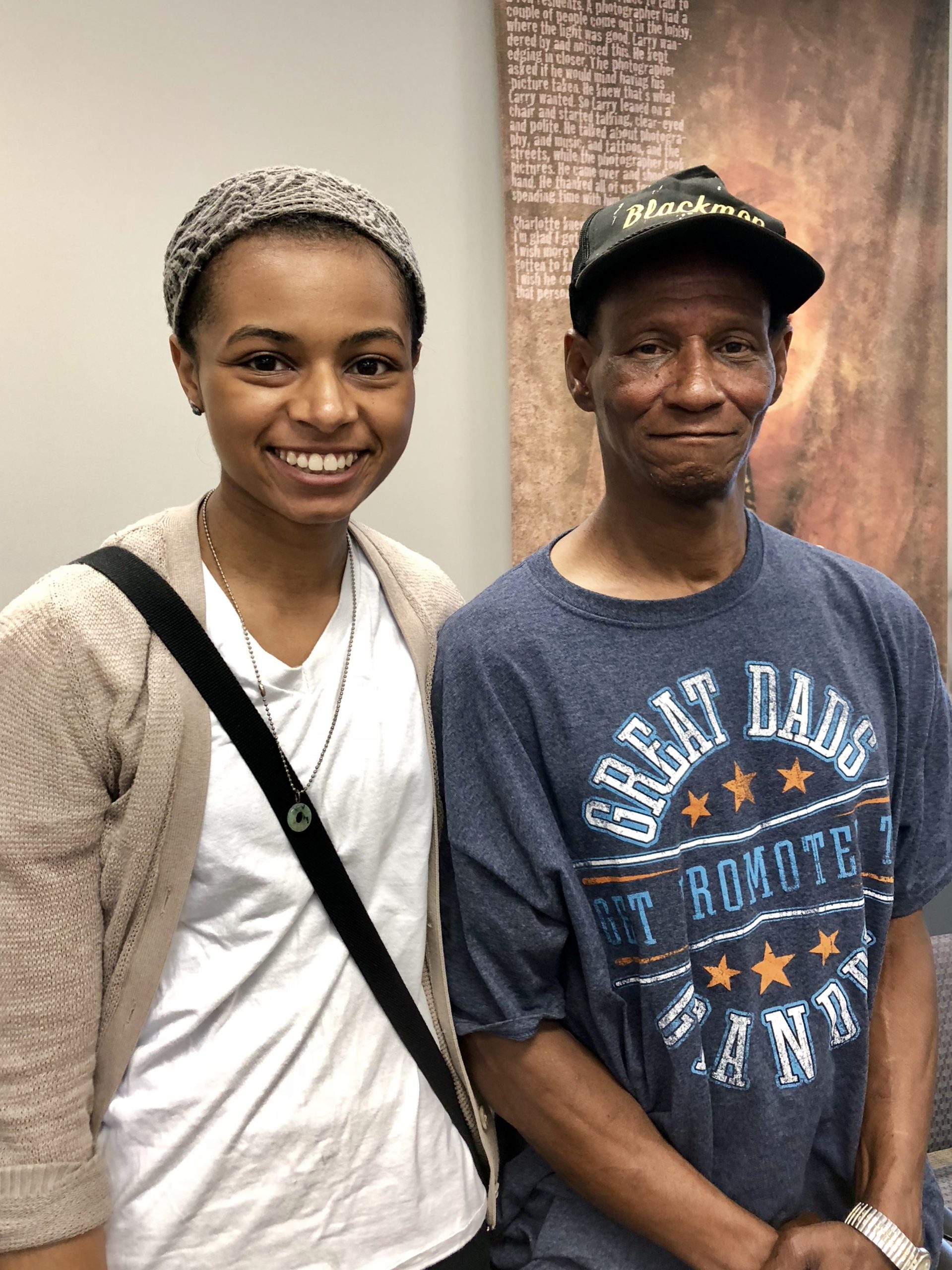 Urban Ministry Center VISTA Volunteer Summer McFadden was exactly what he needed—someone to help him with online applications, someone who believed in him. Summer said she wanted to help Tom because she saw that he was very consistent and extremely motivated to find the right position.

That motivation paid off! Tom landed a job at a restaurant uptown, moving quickly from dishwasher to prep cook and now he says “they just use me everywhere because I know how to do a lot of things in the kitchen.” They must realize his value because after a month they raised his hourly pay from $10.50 to $12.00!

Still, it’s not enough to get to that safety, stability, and comfort he’s craving. Tom spends his one day off work looking for a second job and occasionally a permanent place to live. His options are few. Market rate housing in Charlotte varies according to source, but hovers in the $1,000+ range—nearly 65% of Tom’s take home pay. With application fees, first and last month’s deposit, Tom faces even more barriers to his dream.

For now, although he is tired, Tom seems determined to make it. Homelessness is taking its toll on him and he is ready for a new situation. He is doing what he can to make a change, even willing to work a second job to increase his income.

At UMC we still occasionally hear the ‘get a job’ comment about people experiencing homelessness. Tom is just one example of many who are working and working hard, but still coming up short on their dreams—something as basic as sitting on your own couch.

If you or your group would like to learn more about the factors of homelessness, poverty or affordable housing in Charlotte, please check out our Community Education Opportunities.