What is community? What does it mean to be a member of a community? What does it take to bring communities together? As a newcomer to Charlotte, I’ve struggled with these questions as I’ve searched for my place in my new city. I realized quickly upon moving to Charlotte, that it was easy to isolate myself, to become so comfortable with the people, restaurants, and activities in the neighborhood around my home, that I never get to know the people and places in other areas of the city. I began to question my blind spots. By spending time only in my neighborhood who was I not meeting in Charlotte? What stories was I not hearing?

Then I met Michel. Michel moved from Baltimore to Charlotte with her mother, two brothers, and stepfather when she was only 5 years old. As a child, Michel loved learning how things worked. She prided herself in her ability to take a phone apart and put it back together just like new–a talent she maintains to this day. Most days, Michel would get home from school, sit down at the kitchen table with her mother, and together they would complete their homework–Michel working on her math problems, and her mother studying to earn her GED. Today, Michel looks back on these kitchen table memories and sees her mother as a model of hard-work, determination, and inspiration.

Unfortunately, these rosy memories of childhood were clouded by the regular and secretive abuse Michel experienced at the hands of her stepfather. At age 13 Michel escaped her home and began what would become almost 28 years of homelessness. In these years, Michel bounced around to various shelters, stayed in friends’ homes, and lived under bridges near uptown Charlotte. Always one to downplay her hardships, Michel looks back on her years on the streets and describes them only as uncomfortable and exhausting: “You never can get good rest. You have to get up real early in the morning because if not either the police are coming by or cars seeing you sleep out there and you don’t know if it’s some of your family members.” During this time, Michel’s relationships with her family–including her mother–suffered, and she began building deep friendships with neighbors on the streets to take their place. However, as time wore on and Michel’s family grew to include stepdaughters and grandbabies, so did her sadness at not being able to spend time with them. She didn’t want her family to see her on the streets, and she certainly didn’t want them to spend time with her there.

About 6 years ago, Michel qualified for her own apartment in Moore Place. She remembers her move-in day with vivid excitement. Michel called her stepdaughter who immediately drove over to the Urban Ministry Center, packed Michel and all her belongings into the car, and dropped her off right out front of Moore Place. A few hours later, her stepdaughter was back, with the grandbabies in tow. As Michel and her stepdaughter unpacked and set up the apartment, the grandbabies climbed into Michel’s new bed and watched cartoons on her TV. Days later, Michel’s mother and brother came to visit, promptly getting comfortable themselves and napping on her new sofa. While they slept, Michel slipped out of the apartment to explore: she introduced herself to her neighbors in the building, wandered downstairs to the computer lab to set up a Facebook page, and started looking into the various activities that Moore Place offers (the crochet class, book club, and art class have become some of her favorites). 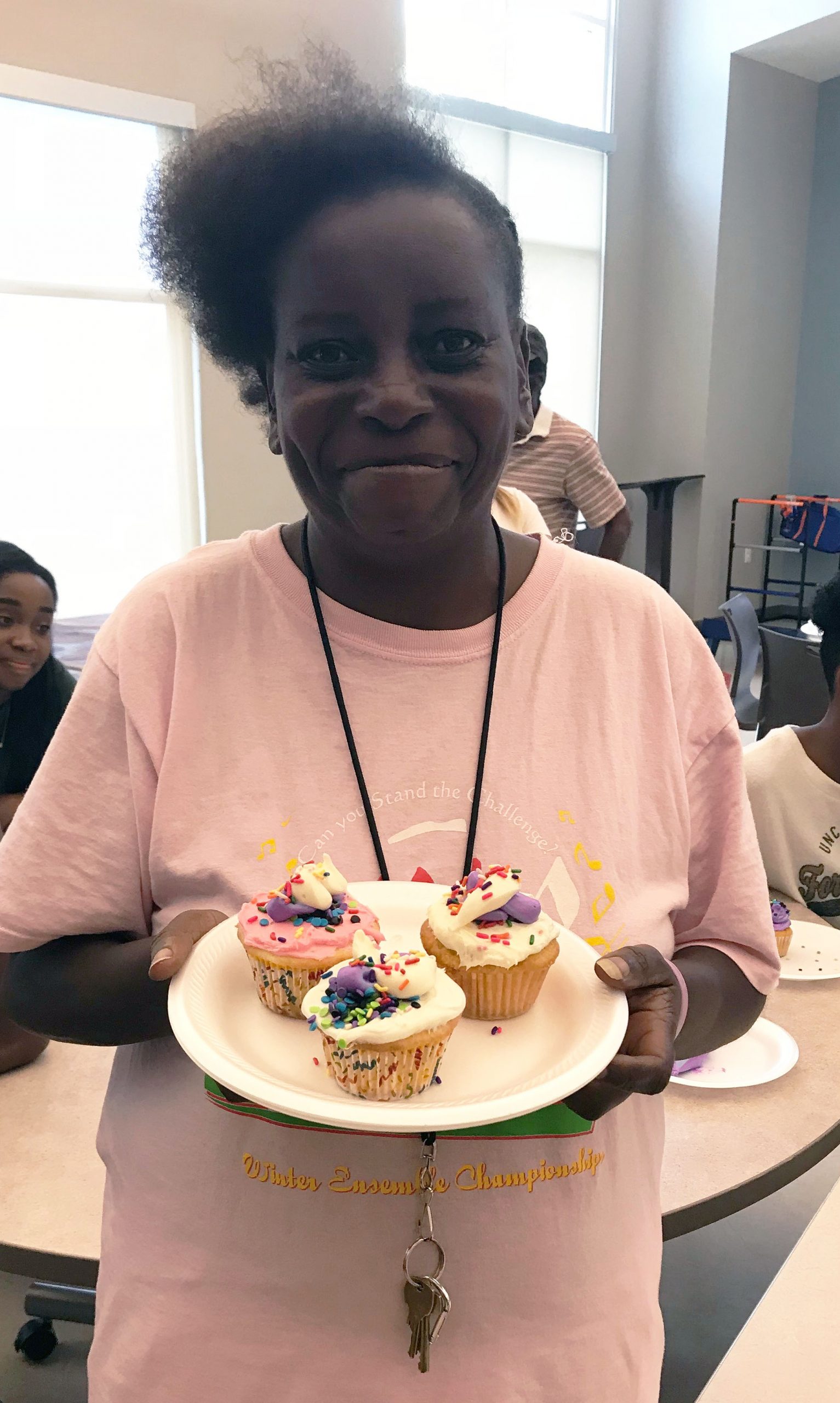 Today, Michel is a regular host to her family. She has renewed her relationship with her mother and plays grandmother to four energetic grandbabies, all of whom visit often. But Michel’s family extends far beyond her blood relatives. Michel’s neighbors from her days on the streets are still her close friends: she goes to visit them and has them come visit her. Michel’s new neighbors in Moore Place have also become her family: they regularly study the Bible together, walk across the street on Tuesdays and Thursdays to have a meal together, and participate in the many activities offered to Moore Place residents.

For Michel, moving to Moore Place didn’t mean that she had to break with her friends on the street. Instead, Michel’s move to Moore Place has allowed Michel to foster an even stronger sense of community as she has maintained her relationships with friends from the street, reconnected with and strengthened relationships with family, and met new friends who have quickly become best friends. As I continue to learn more about Charlotte and to find my place in this new city, I look to Michel’s story of living in Moore Place for guidance. Through Michel, I’ve learned that communities don’t revel in difference and borders, but that communities are inclusive, honor connection, and look for the best in others.

As members of this growing Charlotte community, how might we all seek out and celebrate inclusion, connection, and difference in the ways that Moore Place and Michel do?