How to be a Good Neighbor

Cleo is a 60-year-old, petite woman, with dark skin, eyes that sparkle and a smile that can’t help but make you do the same. Her vivacious personality, although it gets her into trouble at times, is magnetic. She is a force. When she enters a room it is impossible to not give her your undivided attention. Her voice can bring a room to a halt and her laughter echoes through a crowd, infecting everyone in its wake. 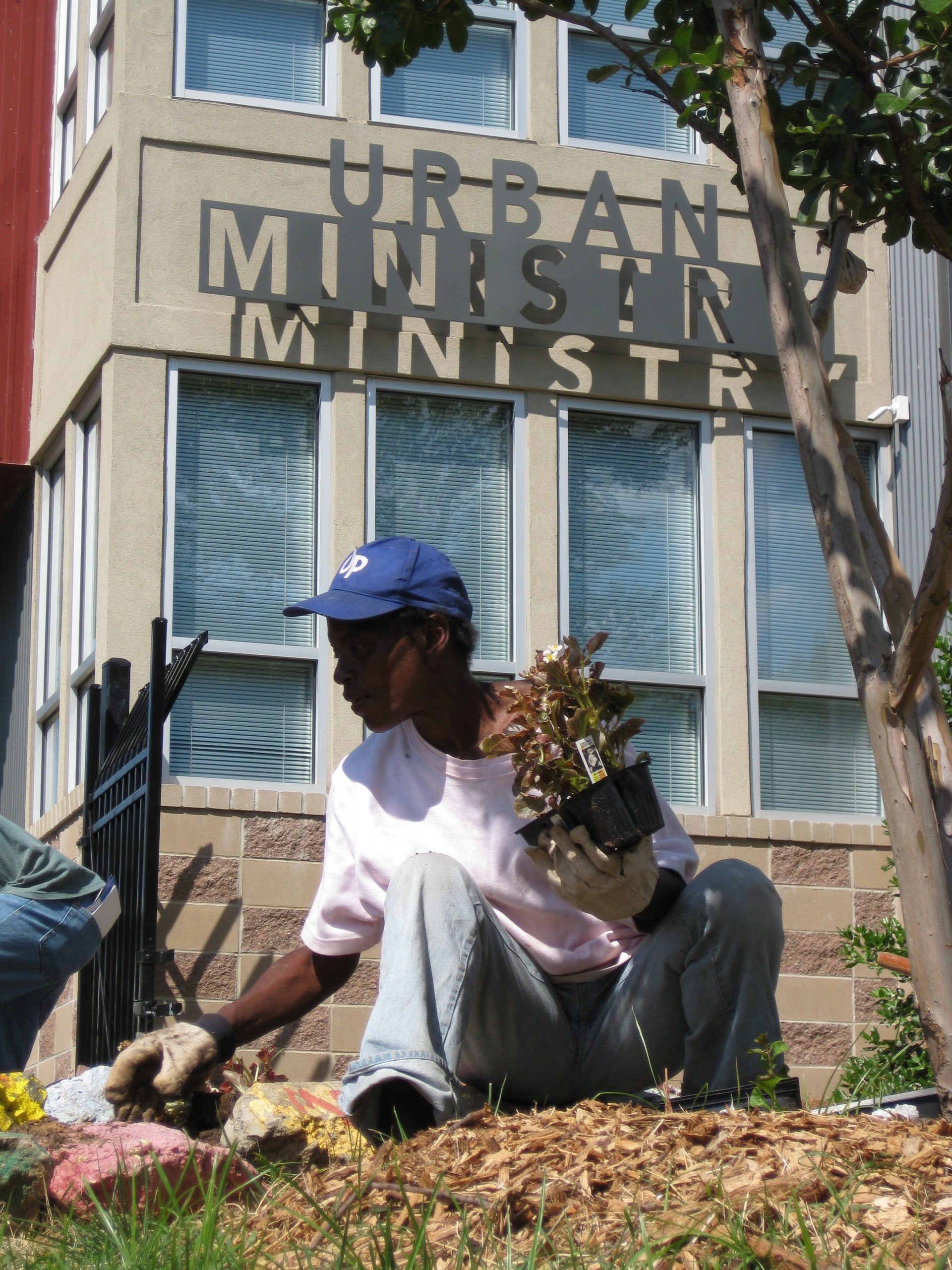 You want Cleo on your side. She has been through the perils of peripheral artery disease, breast cancer, lung cancer, and many other health conditions. Yet she is feisty, fiery, and a fighter. She has more friends that I could begin to count, friends like family and children who refer to her as “Mamma Cleo.” Cleo experienced homelessness for over 24 years. At one point she lived in a tent by the railroad tracks off North Tryon, where she tended to a garden and would invite friends (housed and unhoused) to visit.

The first time I met Miss. Cleo, she pointed at me and said “You! You are the one that is going to help me.” I didn’t have much of a choice and her timing was perfect. After working with Cleo for a few months we were able to submit an application for a brand new housing complex for seniors and a few months later we were on our way for a tour.

After our visit, Cleo and I rode home in silence. This was a difficult decision. It’s easy to look at Cleo’s situation and wonder why she would question having her own apartment. But it’s not always that simple. Any change is difficult. It comes with loss and discomfort. The decision for many may feel as if you must choose between two worlds and it requires leaving things behind.

Cleo had decisions to make. She looked at me, tears in her eyes, “Me and My God need to have a talk. I will talk to you tomorrow.” The next day Cleo came waltzing up to me, with a smile on her face. “I talked to my God, it is time, what do you need me to sign?” 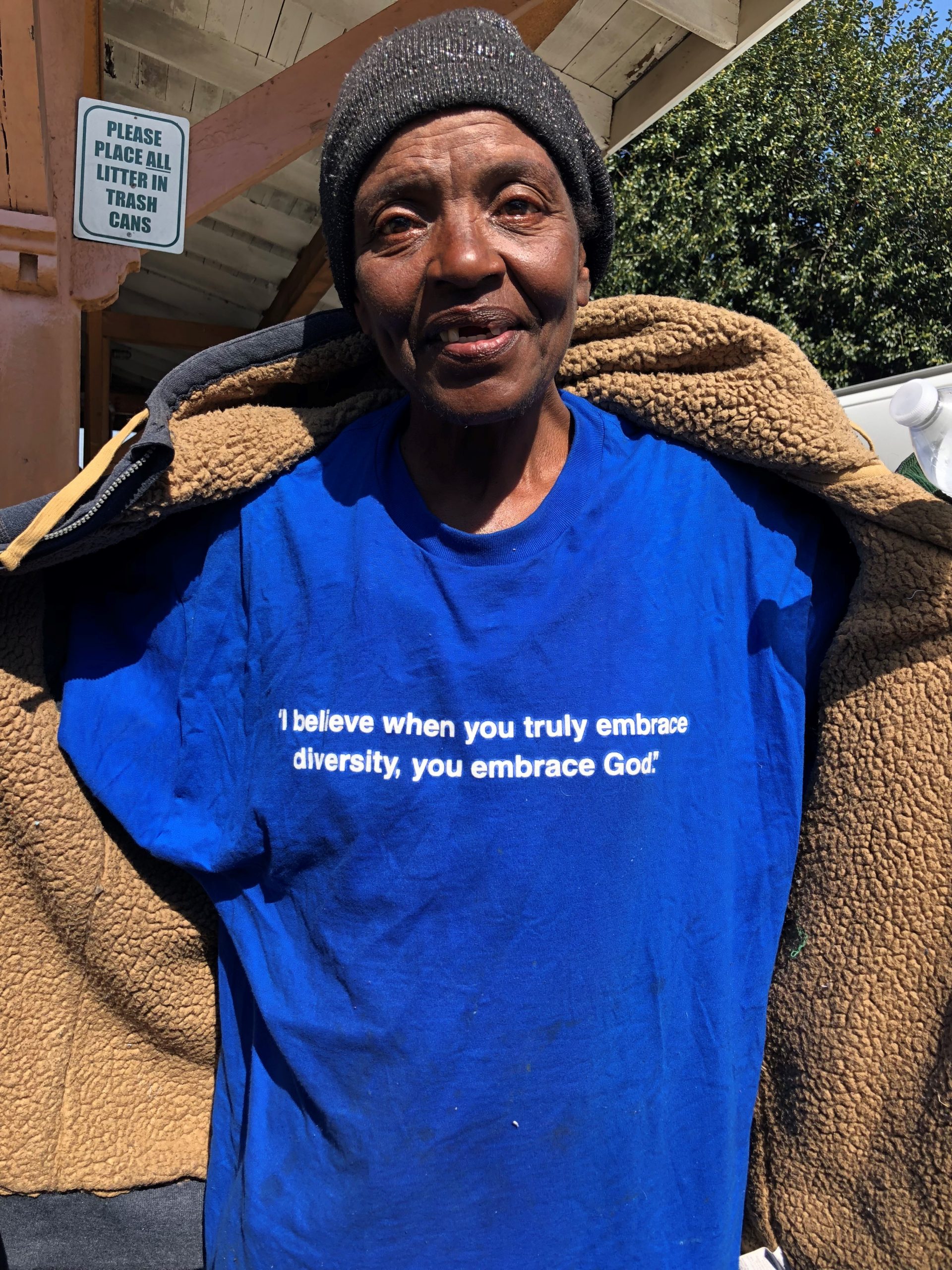 It didn’t unfold immediately, in fact I became quite frustrated with the waiting process. To which Cleo would boldly remind me to take a deep breath, “Heather, I’ve been waiting year to year, and now it’s month to month, soon it will be week to week, then day by day. Relax. God’s got this.” And she was right. A few months later she moved into her new apartment.

I must admit I was a little nervous for Cleo. She had been experiencing homelessness for some time and this was a big change.

About a month later I picked up Cleo to visit her friends at UMC and around town. She hopped into the car in a spunky colorful dress and greeted me with a large smile and her typical “Lord girl, roll the windows down, I need some of Gods air.”

I asked her how things were going at her new place. She told me she met some neighbors and even gave me a few names. “There’s this new lady that moved in next to me,” she said “I think she’s probably in her 80s. I don’t think she’s ever lived alone before, and she’s white. I think that might be hard for her because most of us around are black. Someone told me they thought she was depressed.” She started to tear up again. “I don’t like nobody to feel lonely. I heard she likes to do word searches. I told her I was going to visit her every day and we would do them together.”

Cleo knows what friendship looks like. She knows community and hospitality. She knows how to be a neighbor. Although for a long time that may have looked untraditional, she is a neighbor all of us would be lucky to have.