When you enter William’s neat apartment, you can quickly identify what’s important to him – around his TV, where he watches sports non-stop, are photos of his family, his military portrait from the Marines, and an award for an outstanding donation of time to the Uptown Shelter (now the Men’s Shelter of Charlotte). 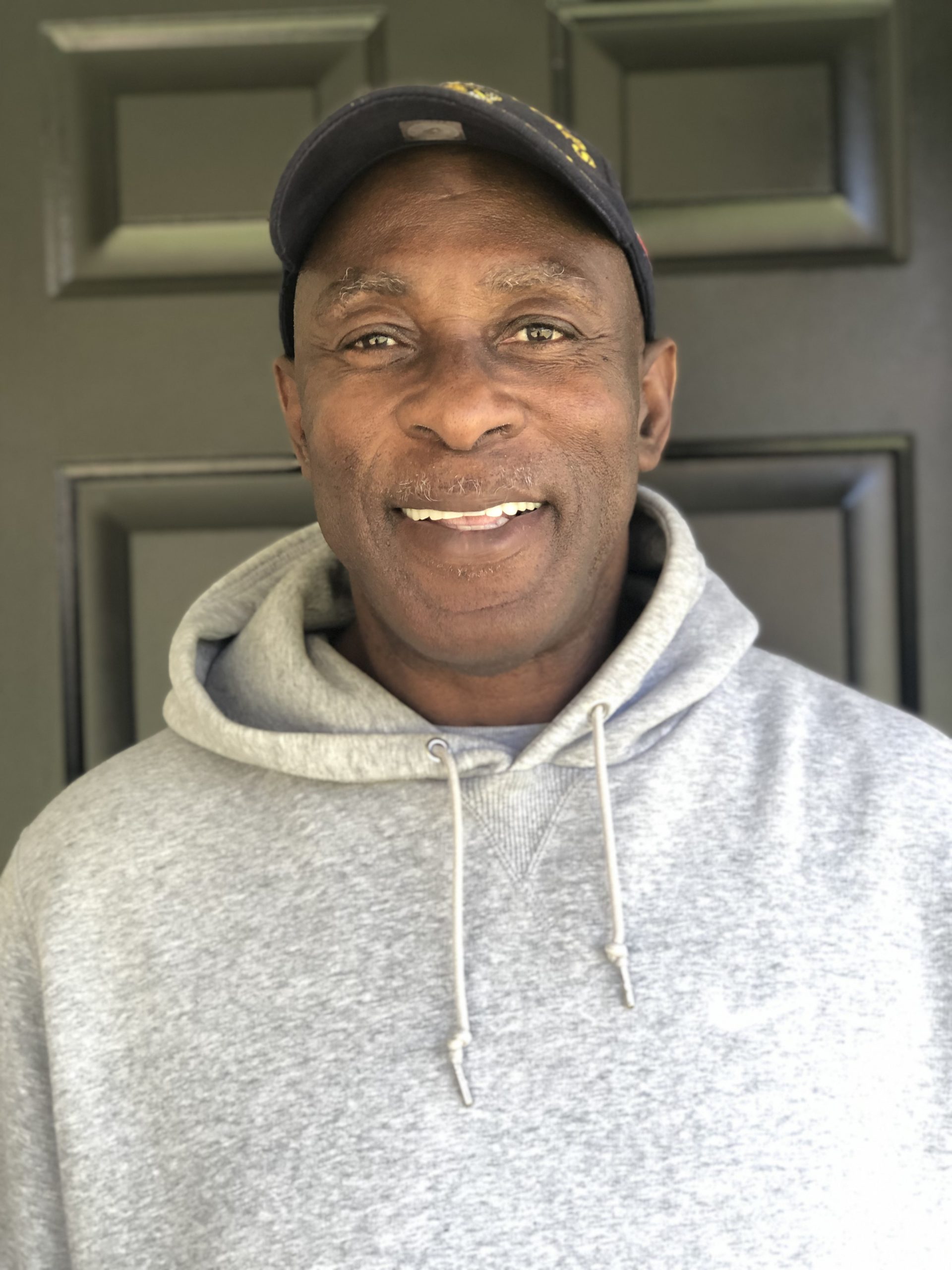 After nearly 30 years on the streets, in and out of shelters and jails, William Richardson turned his life around. Because of housing. While he tried several times to kick his drug habit over those decades, it wasn’t until 2007, when he was promised housing, that he finally found the motivation to overcome his addiction. He always wanted to stop the vicious cycle of drugs and behaviors that landed him in jail, but he had nowhere to go. He purposely isolated himself from his family. They had no idea what he was going through.

But the Men’s Shelter of Charlotte knew. They had seen William several times before and they told him, this is your last chance. Everyone was ready to see William succeed, including William. He said he knew this time would be different, that the promise of housing provided the motivation he needed for recovery. He entered a treatment program, secured a housing voucher, and began giving back, volunteering in the kitchen at the Men’s Shelter and the laundry desk at Urban Ministry. However, with a felony on his record, he was unable to find a landlord willing to rent to him.

His timing was lucky as Urban Ministry Center had just hired Joann Markley, our very first social worker to embark on a new pilot project, Homeless to Homes. The program uses the Housing First model which pairs permanent, affordable housing with supportive services for those experiencing chronic homelessness. In 2008, William became one of the first to move in to what is now part of UMC’s Scattered Site housing program.

Joann is super proud of him, saying, “William is driven to have the life he wants. He challenges himself regularly. For example, when I first met him, he did not know how to turn on a computer. He enrolled in classes which required him to immediately become computer savvy. He took a class to get better using the keyboard and jumped in and used his computer in ways to manage his life more efficiently. He communicates with his doctors by computer and uses it for many things. He can outdo me on the computer any day of the week. “ 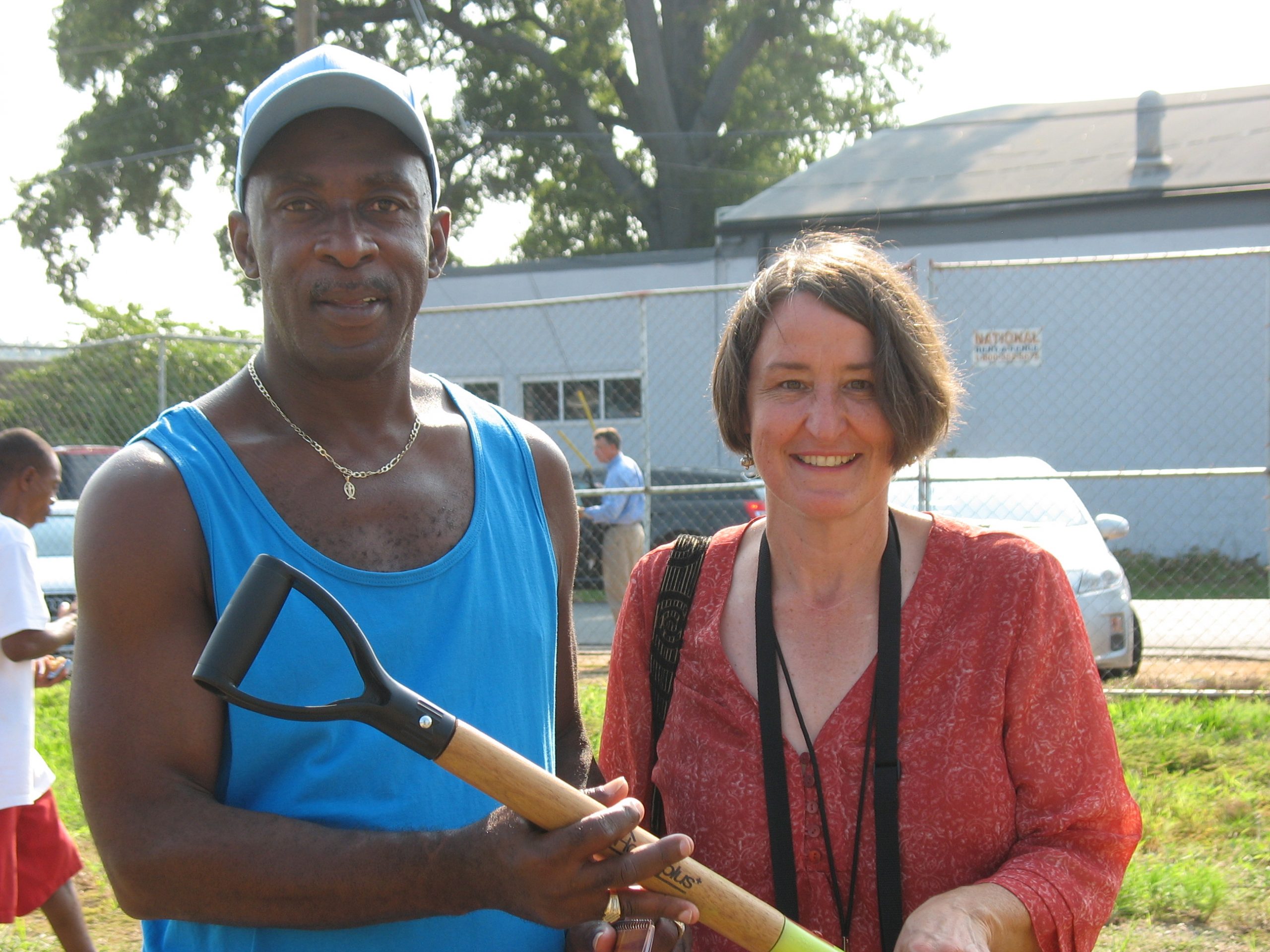 William & Joann at the Moore Place ground breaking in 2010

Over the years, Joann has helped him immensely, providing the supportive services he needed for success. In addition to recovery, William had the challenge of Hepatitis C. With Joann and the support of the staff at CMC, he was able to undertake treatment to cure the disease. He was constantly fatigued, hungry, and losing weight because of the intensive pill regimen lasting six months. Without housing, William says he would have never been cured, he would have been too weak to live on the streets.

Shortly after he entered housing William was able to secure both his disability and food stamp benefits. Living on $715 each month, he manages a very tight budget that includes rent, utilities, and insurance, but he makes sure he still has enough left over for his Y membership. These days, William, at 62 years old, goes to the Y three times a week, meets with a nutritionist at CMC regularly and stays busy attending church and NA meetings. He’s reconnected with his family, no longer embarrassed about his situation. He says, “housing is a solid foundation for everything I do.”

A group of our generous friends, recognizing the urgency of this work and the need for affordable housing with supports, have pledged $100,000 to match $1 for $1 any donations made before May 15 to support these efforts. Donate Now