It’s January 11 at 1:30 p.m. They arrive at Roof Above’s Day Services Center in a Subaru that’s not going to hold the furniture they are supposed to pick up. As a friend calls and cancels, they realize they’ll be short-handed, too. But Cecil and his housing navigator, Ellen, are smiling – nothing is going to get in the way today. With some problem solving in the parking lot, they secure a van and make it to Crisis Assistance for their appointment at 2 p.m. to pick up bedroom, kitchen and living room furniture. With community coming together in the moment, the load in took minutes. It was off to Cecil’s new apartment located in Uptown Charlotte, walking distance to his job in security at the Spectrum Center. Cecil gets out his key and opens the door to his new apartment and they move in. 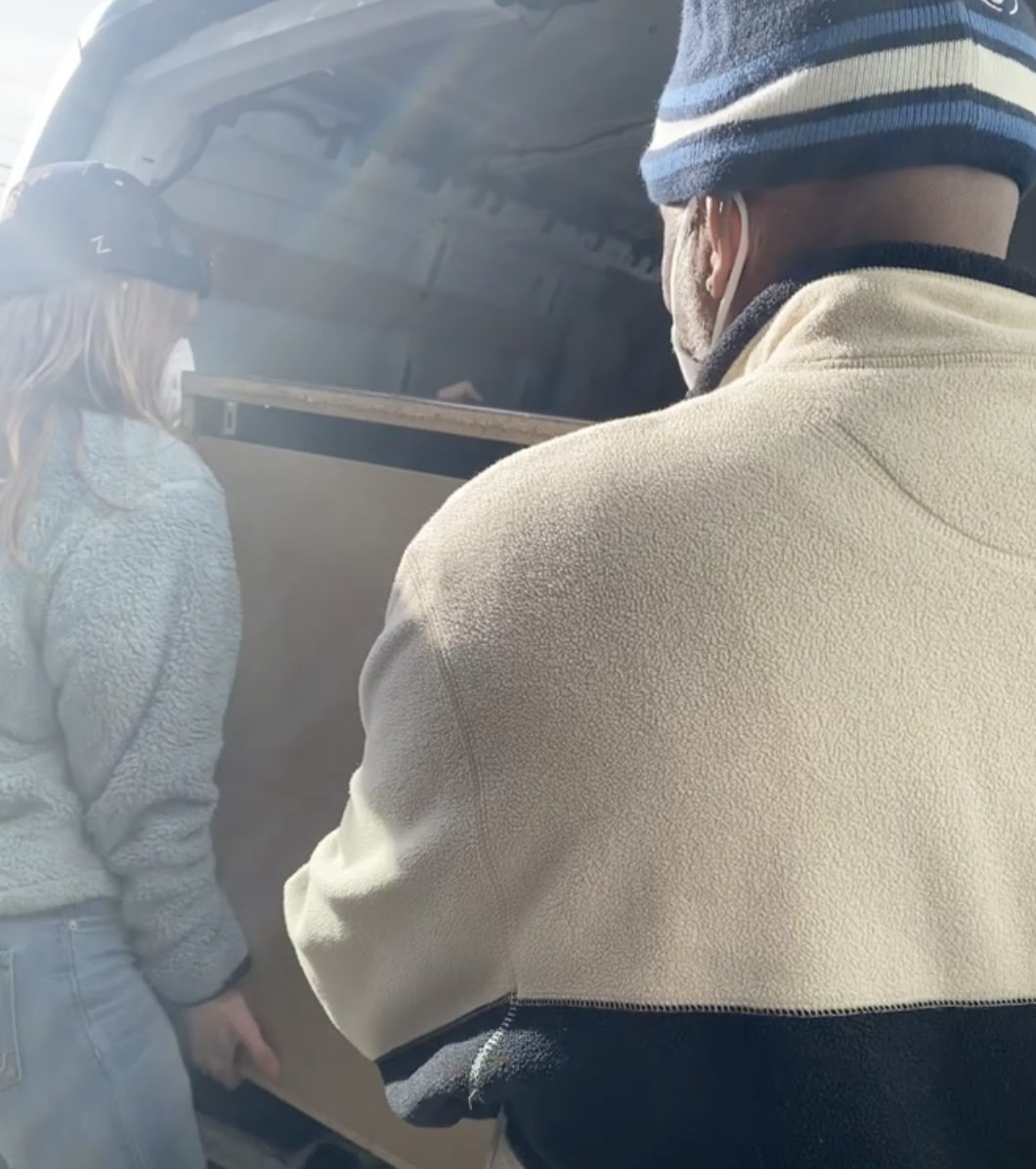 Cecil has not had a key of his own since 2005. As he unpacks, he explains that he struggled with rejection and would get impatient when obstacles arose which would make him feel defeated so he would fall back to the same routines he knew. Some of those routines involved hanging out with the wrong crowd.  “I went through a period time of not knowing where I would lay my head the next night. I’ve gotten better with accepting things I can’t change.”

Ellen shares that Cecil had a past that created some challenges to get housing. He had to go through a difficult and often frustrating process.

For the past year Cecil has been living at a county-funded, Roof Above staffed motel for individuals 60 years and older. “I decided to move to the motel during the pandemic because I was concerned about COVID and how it was spreading,” said Cecil. “I had the opportunity to stay in a motel to stay safe.”

With security, on-site case management support and three meals delivered a day, individuals there are able to rest and recover so they can get in a mind-set to make big shifts in their lives. Ellen said, “The motel gives at risk and medically fragile seniors ages 60 and older a place that is safe and quiet. To date, we have been able to move 46 individuals into their own home during the pandemic.”

While staying at the hotel, Cecil was able to get his job in security. “When he got that job, I could see the fire in his eyes ‘I am capable – I am worthy’”, recalls Ellen. She could also see other personal growth from Cecil, he was kinder, more patient. “I’ve gotten a lot better with patience. Learning how to let things go,” Cecil recognizes today. 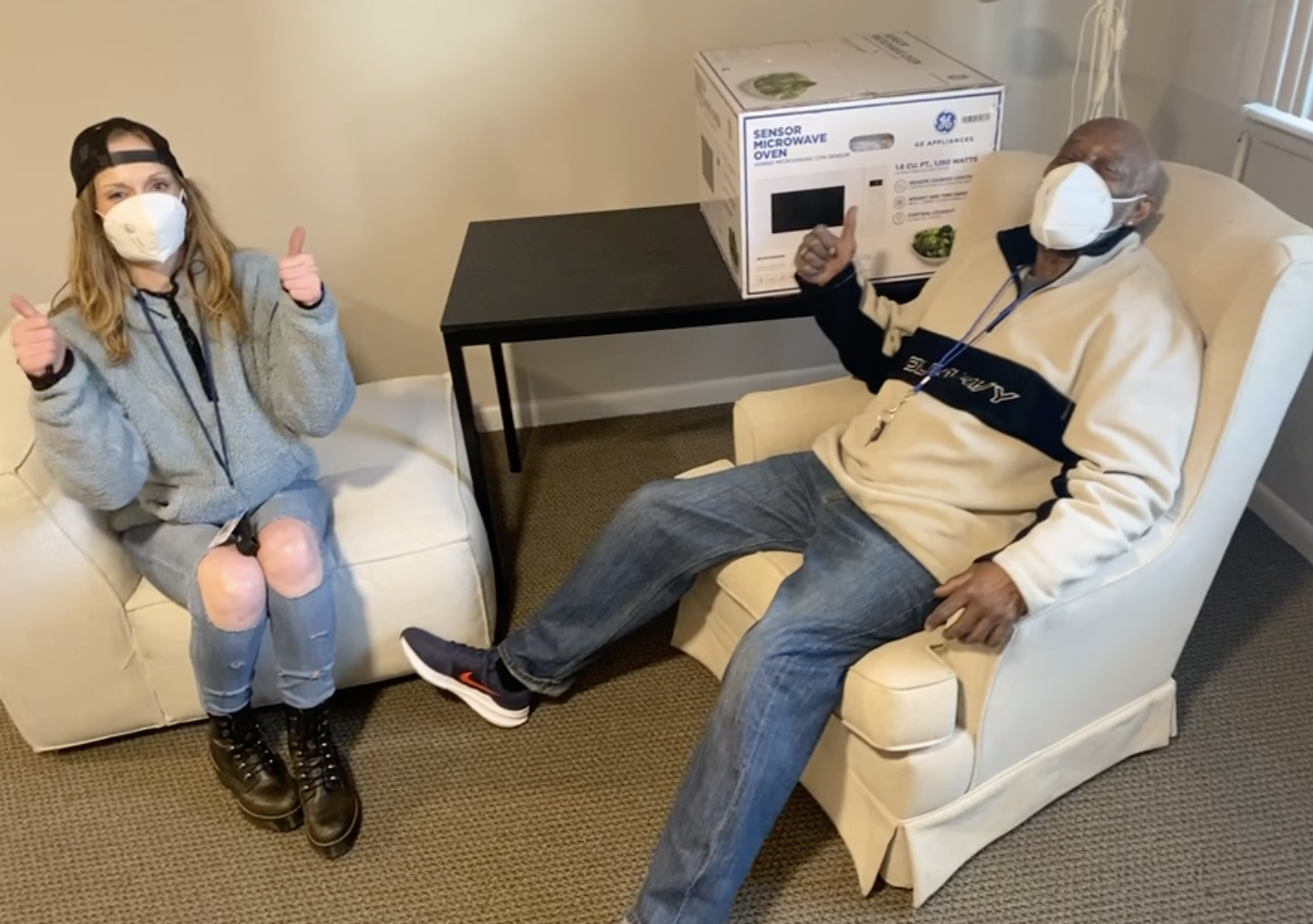 Cecil enjoys his job because “I get to see the smiles on people’s faces who come through the doors. My hope is that they feel safer knowing that I am here to keep them safe,” he said.

As he looks around his new apartment, “I feel grateful to have people around me. By me persevering and doing the necessary steps to do what I need to do, I don’t have to do anything by myself and that’s a wonderful feeling,” said Cecil. “I feel connected, it gives me hope that I am not doing this all alone. I know I have a purpose and things are going to get better; I have evidence all around me.”

“Home sweet home, that’s what I’m talking about,” says Cecil to Ellen both giving each other a thumbs up as they take a moment to rest from a move that was a long time in the making.